St. Patrick’s Day 2022 was always going to be special. After two years without major celebrations, Dublin was ready to throw a party.

Not to miss a thing, we headed to the capital of the Republic of Ireland, invited by Jameson, to taste some whiskey and understand a little more about how he makes his spirit.

The day we arrived, the atmosphere in the Jameson Distillery Bow Street was exhilarating. That night, Dublin-based band Fontaines DC were due to play a gig at the Complex which has a capacity of a few hundred – however it was due to be broadcast live to thousands of fans around the world as part of the Jameson Connects campaign .

But before the concert, we had a whiskey tasting to get us started. So here are 5 things we learned about whiskey drinking the stuff on St Patrick’s Day…

1. There is a trick to tasting a whiskey: open your mouth 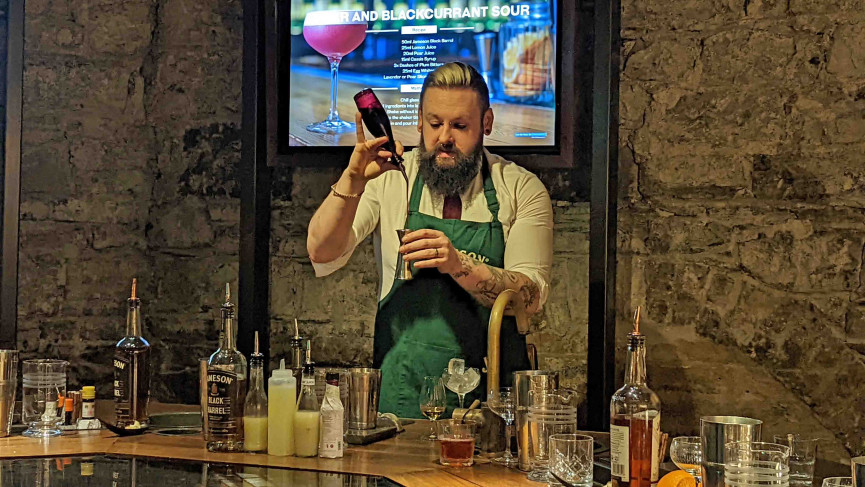 We took part in The Whiskey Shakers experience, where bartender Kieran was on hand to give us whiskey tasting tips.

“To taste your whiskey, you have to take a glass and give it a little swirl to release it, then under your nose, take a nice deep breath and then remove it from your nose. On the first nose, you know it’s whiskey because you get this strong alcohol note,” he told us.

“So start over and think vanilla, caramel and honey. You will begin to perceive the sweeter side of whisky. For the third time, I want you to air it out and keep your mouth open. Inhale through both your nose and your mouth, you will pick up a lot more aromas than you would have had the first time,” he continued.

“Our Midleton range can be aged up to 38, so don’t stand at the bar watching the bartender when you taste one, as it can get unsettling!”

2. There is a certain age before whiskey can be called whiskey 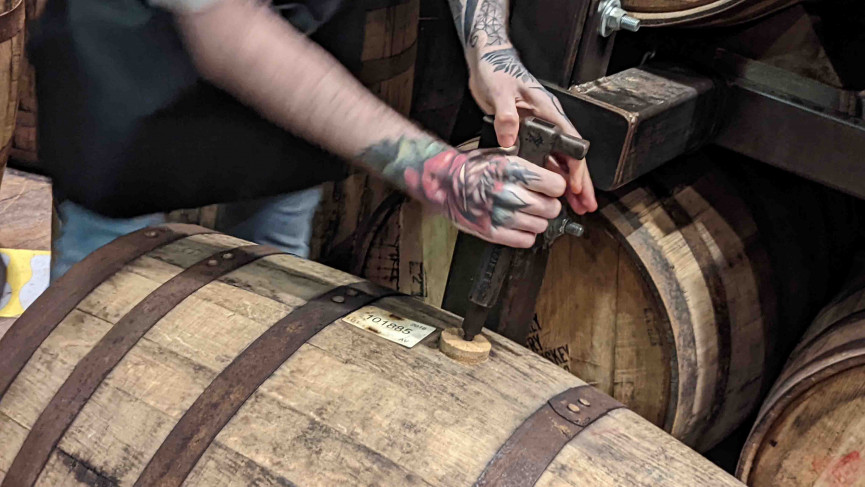 After the cocktail was made, we took a tour of the Jameson Bow Street Distillery, where our guide noted, “As far as maturation goes, you can put the spirit in casks, but technically it won’t become whiskey. only after aging for three years. .

“It is Irish law that it must be three years old before it can be called whisky.”

3. A lot of whiskey is lost in the maturation process 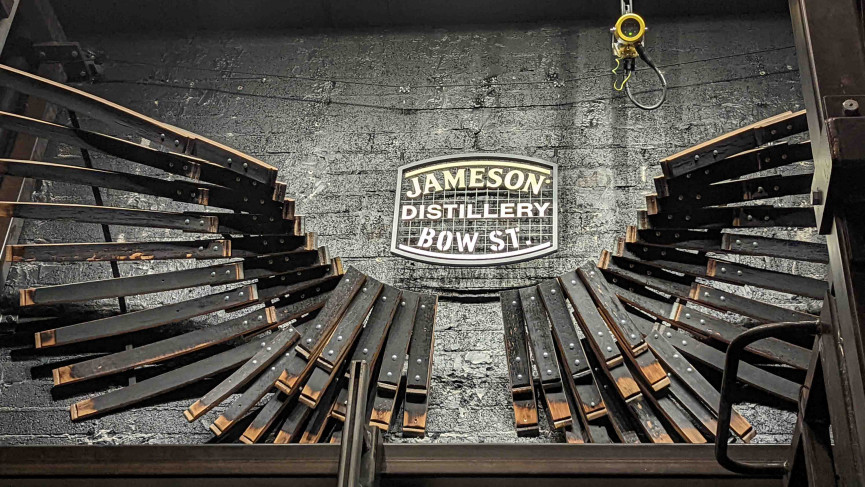 “We lose 2% of our whiskey each year to evaporation (called the Angels Share). 2% may not seem like much, but it’s equivalent to 34,000 bottles of whiskey a day, or one bottle for every 2.5 seconds lost,” our guide reveals.

He continues: “2% evaporation is actually quite low. If you came from a warmer place in the world, you could lose a lot more whiskey. You could have up to 15% evaporation. If you have 15% evaporation in a warehouse, the heat will increase. So you’re going to want to rotate the barrels to make sure every barrel gets treated the same.

“Fortunately for us, the Irish weather is consistently inconsistent.”

4. The right barrel is as important as the spirit inside 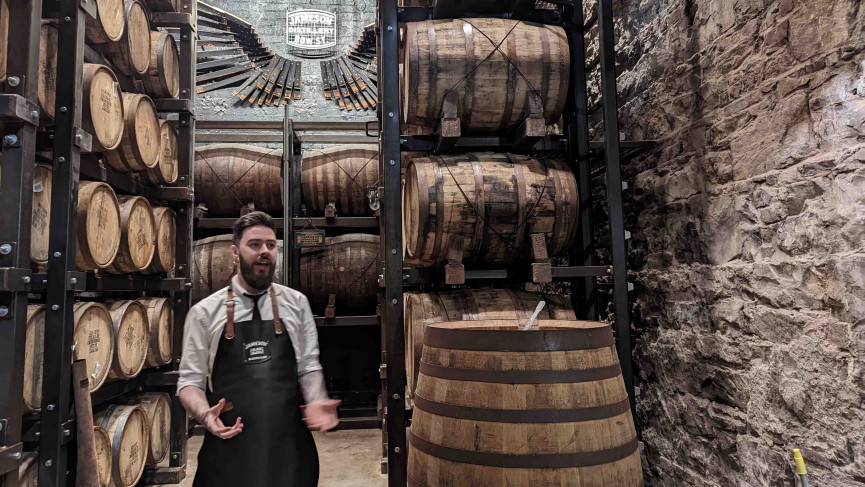 Jameson’s tour heads to a barrel room filled with hundreds of barrels, but the size of the place is tiny compared to Jameson’s main distillery in Midleton, County Cork.

“At Midleton we have around 1.4 million casks at the distillery and depending on the cask used, they must have a particular shape,” explains our guide. “If it’s a bourbon cask, it must have a capacity of 200 liters and be made of white American oak. Jameson uses 150,000 of these barrels in one year.

“The problem with bourbon is that if you want to make it, you have to use a new barrel, so it creates this secondary spillover for brands like Jameson to use those used barrels. In terms of the barrels we get, we let’s get about 25 years out of it.”

5. Jameson’s Black Barrel whiskey is called that for a very good reason. 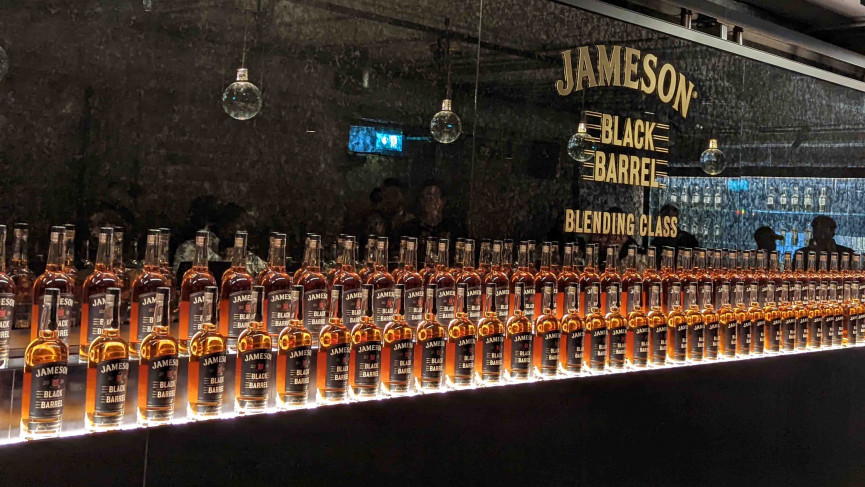 “The reason it’s called Black Barrel is because of the cannon,” our guide explains. “Irish weather beat the barrels and our way of invigorating them was to char them inside, to light them.

“For one of Black Barrel’s whiskeys, we use a cask that has been carbonized twice. That means there’s a real spiciness that comes out and a sweeter side too. I wouldn’t call it smoky, but it definitely tastes toasty.

“It’s our homage to the cooper’s method of charring barrels.”

You can book a visit to the Jameson Bow Street Distillery now, from €25. A whiskey cocktail course and a whiskey mixing course are also available.

5 “Tiki” drinks made with whiskey, instead of rum

If you were to ask a cocktail lover to define what makes a “tiki drink”, then rum would surely be one of the first words mentioned. This is no coincidence – the very idea of ​​”tiki” as we think of it today is perhaps best defined as Polynesian Pop, and Polynesian Pop’s ethos was a […]

The Whiskey Room is a grand slam for Opening Day

Looking for the perfect setting to toast after baseball returns? Whiskey lovers need not look far from Busch Stadium. Located inside the Live! By Loews Hotelin front of the baseball stadium, Clark and Bourbon (799) offers a baseball-inspired atmosphere, a seasonal menu and a space dedicated to spirits. For whiskey lovers, the jewel in the […]

Editors Choice: 11 new restaurants opening in Toronto this month that will satisfy your every craving From brunch to high-end French fare, you can indulge in a diverse range of cuisines in one city. Other places on the list include A-Game Cafe, Richmond Station, and One2 Snacks. Cafe Baretto Price: Italian food Address: 1262, chemin […]