The old adage, “The more things change, the more they stay the same”, did not apply to American whiskey in 2021. This year has seen an unprecedented transformation of new products, unique marketing, fundraising, a growth in distillery tourism, etc. In boom times for brown liquor, expect more evolution as distilleries figure out what’s next, what to do, who wants it, and where in the vast world of whiskey to send it all.

Many trends seen last year were great, while… hmm… Hopefully others might be dropped on the steaming heap of 2021. Whiskey writers don’t expect every new bottle to be great , but we’re still shocked by those that are horrible. And that the customer-to-customer secondary market determines actual retail prices is simply baffling. Unfortunately, this driving force of American whiskey shows no signs of abating.

Bring more in 2022: Great craft whisky: It’s taken a while, but many craft distilleries (and I mean small ones) are finally making whiskey on par with the country’s legendary distillers. Making good whiskey takes time, talent and a lot of money to invest in infrastructure, staff, packaging and marketing. I toast those brave enough to do all of this and settle for nothing less than the best.

Confine it to 2021: ridiculous retail prices. I have no problem with whiskey drinkers selling directly to each other. Alcohol has already been taxed enough. But when secondary market prices skyrocket retail prices, the fun starts to dry up.

As a fan of the free market, I support the legal right of retailers to price products as they wish, but I loved whiskey shopping when it was more egalitarian. Luckily, there’s still plenty of good whiskey in the $25 bracket.

Bring More in 2022: Exceptional Visitor Experiences: The COVID closures have allowed many distilleries to improve the experience for their visitors. Some have had facelifts, others have upgraded their bars, others have expanded their gift shops, and still others, like Jim Beam and Heaven Hill, have just blown the doors off.

Beam’s experience included renaming the campus to James B. Beam Distilling Co., a complete overhaul of its Welcome Center, and an all-new, excellent restaurant dubbed The Kitchen Table. Heaven Hill has renamed its facilities Heaven Hill Bourbon Experience, added a deep and engaging historical component, a new bar and restaurant (the latter will open in 2022).

And speaking of full distillery experiences, keep an eye out for the Log Still Distillery. Its Gethsemane, Ky., distillery and restaurant are far from full, but its tasting room and cocktail bar are open, as are a large amphitheater and overnight accommodations (branded as Dant Crossing).

Confine it to 2021: Slapdick Agave Whiskey: Believe it or not, I’ve had worse than that. Why me and many others never want to see him again is because of his owner’s misogynistic behavior. If you don’t know the story, just google Slapdick + Jason Brown and make yourself a drink to read it.

Limit yourself to 2021: Celebrity-backed whiskeys: Have any of them ever been as good as what distilleries intentionally make decade after decade? Most of these “célébouteilles” are made from bulk whiskey that is 1. well past its prime, 2. blended with one, two, and sometimes three other whiskeys, or 3. finished in secondary cask in the hope to create a new result. As Dolly Parton so aptly put it, “it takes a lot of money to look that cheap.” And it takes a lot of work beyond the normal distillation and aging to achieve a celebrity-backed whiskey taste.

No, I haven’t tried them all, but from the ones I’ve tasted, I’m in no rush to try any more. There might be a few that taste really good, but knowing that they’ll come with a celebrity ego-inflated price tag means a rough patch for me. The fact that these things succeed proves that the world has no shortage of suckers. 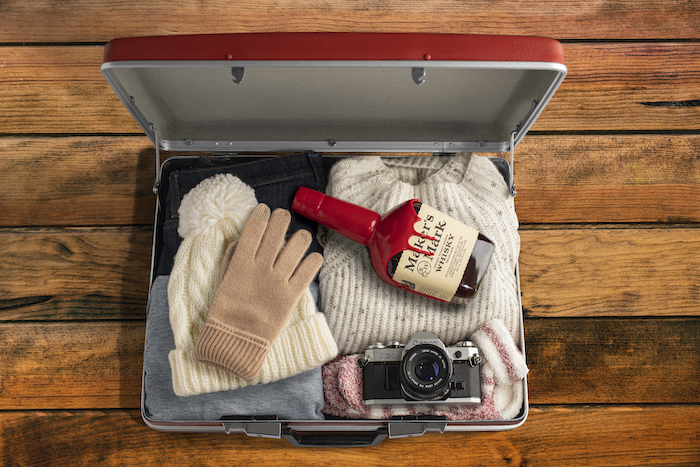 Bring More in 2022: Maker’s Mark’s Whiskey Flights Program: Proving it has one of the smartest marketing teams in the business, Maker’s Mark created its Whiskey Flights program to reimburse airline passengers for the cost of checked baggage in an effort to get their bourbon home. for the holidays. It’s not yet known how many people have signed up for the program, but Maker’s said it will spend $50,000 on the promotion. That’s a lot of bottled, bagged and labeled alcohol!

Limit yourself to 2021: Young cask strength whiskies: Hoping to attract buyers who like bold whiskey, a number of smaller distilleries continue to produce painfully young bourbon and rye straight from the cask. The results are not good: harsh, hot, immature and lacking in complexity. Surprisingly, they come with a hefty price tag, as if that justifies the contents of these bottles. Even more shockingly, some people buy them.

Bring more in 2022: House cocktail: Stuck at home for nearly a year with little more than family and booze, many Americans have learned how to make cocktails. When they weren’t trying their hand at making bread or crocheting, they learned how easy it is to make a delicious three-ingredient drink. They now know that simple syrup is really simple to make and there’s no end to the bitters options on liquor store shelves. Some have even done the math and realized how affordable good cocktails made at home are compared to those made in bars and restaurants. (Tip: Pay mixologists to make complicated drinks. These are always worth the cost.)

Lock it down to 2021: Shitty Keg Finishes: Never in my career have I received so many press releases announcing new finished whiskeys in barrels for wine, beer, cider, rum, tequila, etc. I’ve tasted enough, in fact, to confidently predict which finishes will taste good and which won’t, based on output alone. More often than not, I’m right.

Guessing the wrong barrel ends with news alerts goes like this: young distillery + young (often original) whiskey + unnamed original cask = disappointment. The labels of the worst offenders have made up names and dubious stories. Truly Cursed Bottles are marketed as rare treasures and priced at $100+. If these whiskeys require cask finishing, they’re probably not good to begin with.

Believe me, I’m not against all finished whiskeys. Angel’s Envy is arguably the best example of the subcategory (that the Mizunara cask finish was super cool.) I also liked Bardstown Bourbon Co.’s first Phifer-Pavitt finished whiskey and cognac cask finished whiskey , among others. The category is beautiful, but some participants should withdraw.

Bring more in 2022: State-to-State Reciprocity: If you envy my location in the heart of Bourbon Country, you won’t envy the fact that fewer than 10 US states have reciprocal liquor sales agreements with Kentucky. I belong to a bourbon group headquartered in Missouri. So every time this group makes a barrel pick tied to a retailer there, I either have to drive there to get it or have it shipped to a friend in reciprocal condition. Whose fault is it all? Especially from Kentucky.

Confine it to 2021: Distilleries calling for tequila with agave spirits. Have you attended a tasting at a distillery and heard guides call the house agave spirits “tequila”? I have twice. Outrage worthy? No, but that’s hypocritical when all the distilleries know that bourbon has to be made in the United States. Same for tequila: it is made only in Mexico. Show some respect, people. 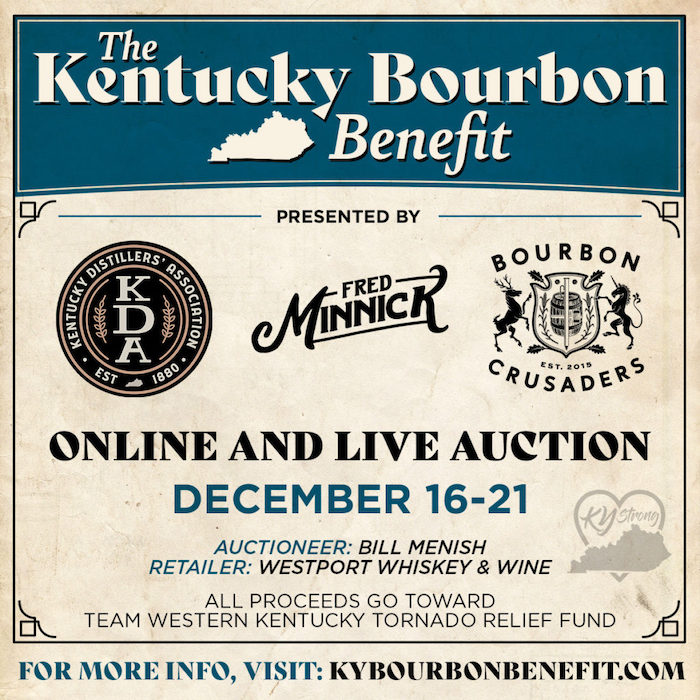 Bring more in 2022: Whiskey-focused fundraisers: Several towns in western Kentucky were devastated by tornadoes on December 10. Seventy-six people died in these storms and thousands lost their homes and businesses.

Unsurprisingly, it didn’t take long before a major whiskey auction was set up to sell bottles to benefit the victims. The Kentucky Distillers’ Association has partnered with Bourbon Crusaders (a long-time charity group) and whiskey writer Fred Minnick to create The Kentucky Bourbon Benefit.

The event took place at the end of December and took place online for several days. In the end, TKBB had raised $3.6 million for the victims, and Kentucky Distilleries donated an additional $1 million.

If you don’t know, there are hundreds of whiskey-centric charities across the United States that do so year-round. Support these groups and their causes when you can.

Lock in to 2021: Small Kegs: I’ve beaten that drum before, but because I still hear distilleries claiming that 5, 10, and 15 gallon barrels “age faster” I’ll say it again. No, they don’t. They extract color and tannin faster, which only means you get darker, more bitter whiskey faster.

Want to compete on quality with the biggest players? Use larger barrels. Aging is where the magic happens in whiskey making, and I have yet to taste good whiskey aged exclusively in small casks.

Maker’s Mark 46 gets a makeover

Maker’s Mark 46 is a popular American bourbon bottling that was originally launched in 2010, being a favorite project of Bill Samuels, Jr., son of Maker’s Mark founders. It was the first major new expression created at this Kentucky distillery since its original bourbon went into production in 1953, and the first offering in the […]

Dustin Poirier, former interim UFC lightweight champion, has released his own “Rare Stash” bourbon. The latest business venture of “The Diamond” was announced in a video on Twitter: “What’s up man, I just want to say thank you to all my fans around the world, thank you for the love and support over the years. […]

Compass Box Scotch recently announced its first limited edition whiskey of 2022… the Vellichor. A press release from the brand indicates that this new expression is inspired by the experience, emotion and aroma of old bookstores. And collectors should know that this edition of whiskey will only have 3,246 bottles available worldwide. Vellichor reaches 44.6% […]