The laid-back Polynesian vibes of tiki bars, which have gained a foothold since their launch in Hollywood in the 1950s, have helped many people soak up in style. But in terms of spirits, rum is the go-to addition to tiki cocktails. Just watch Serious Eats’ Tiki 101: Beginner’s Guide, which states, “Want to make some great tiki drinks? First of all, start with the rum. Not all tiki drinks are made with rum; you’ll find recipes that call for gin, scotch and other whiskeys, pisco and other brandies, and tequila, to name a few. But the tiki is inspired by the tropics, and rum is the winner in the tropics, so start with the rum.. ”

Even though rum is number one in tiki terms, to help celebrate this summer season, we’ve scoured the United States for tiki-inspired gems that use our favorite spirit, whiskey (e) y. Read on for three winners, all tiki cocktails that make the whiskey shine.

First, I chatted with Rico Wisner, the manager of the Washington DC legend Tiki the 18th, who has over two decades of industry experience. Wisner shared that his favorite whiskey cocktail (which is also on the Tiki menu on the 18th) is Port Light. It consists of bourbon, lemon juice, passion fruit and grenadine. According to the pro bartender, these ingredients go together wonderfully.

“Our house grenadine has a bit of cardamom to give it a little extra flavor. I really like to have fun and study the history of the place and the maker of these drinks, ”explained Wisner. “This cocktail, like many tiki drinks, has a varied history. There are [two] variants. Trader Vic put one in his 1972 edition of his book as an original, but by 1961 Sandro Conti had his version on the menu at Kahiki in Columbus, Ohio. The version I’m going with is Conti’s. 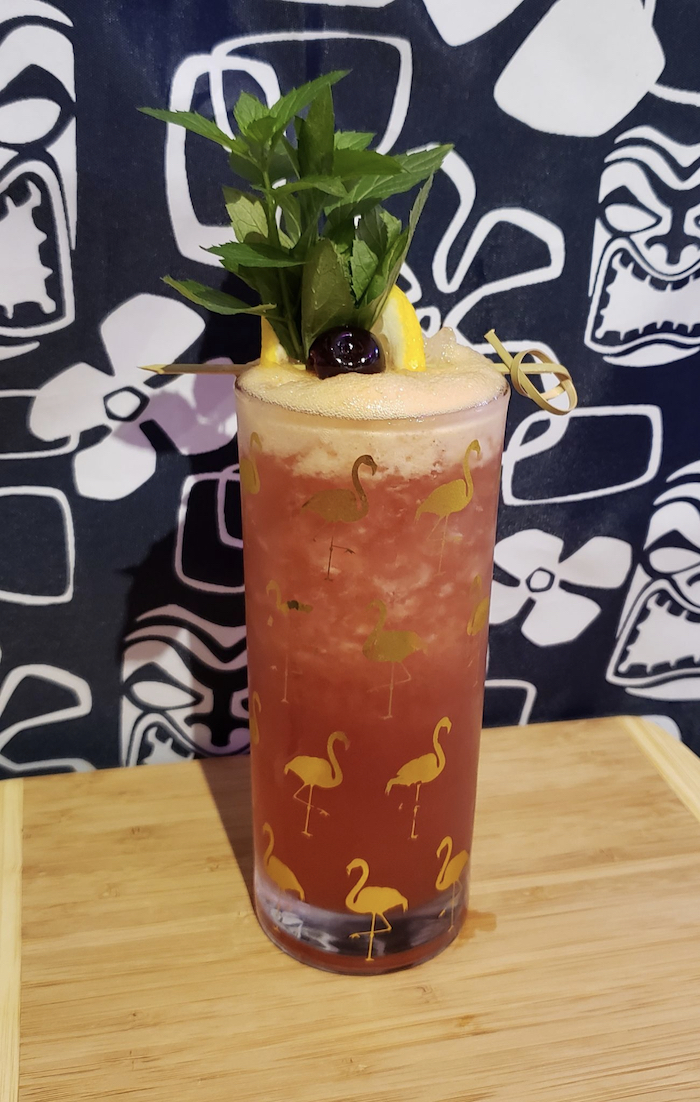 Mix with pebble ice in a spit-style beverage blender (or shake aggressively). Pour into a Collins glass and top with more ice cubes. Garnish with a sprig of lemon, cherry and mint.

Then we travel to the Four Seasons Resort Maui, a fitting island stopover on our whiskey + tiki trip. Resort sommelier Brendan O’Leary, who has worked in the industry for over twenty years, with the property for six years and a sommelier for three years, shared his favorite tiki cocktail from the lobby lounge menu, Noa Noa.

“Noa Noa is a modern tropical cocktail designed with the substitution of whiskey for rum as the base alcohol that offers a similar flavor profile and added depth,” said O’Leary. “It is meant to be sipped as you watch the sun slowly set below the horizon as you gaze at the magnificent Noa Noa, which means ‘Paradise’ in Tahitian. 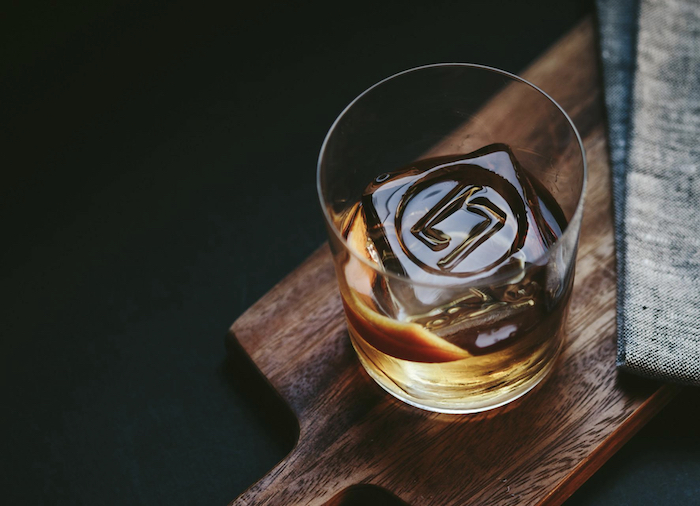 Combine all the ingredients in a mixing glass with ice and stir. Pour over a large ice cube in the glass of your choice, garnish with an orange zest and enjoy!

A final stop in the Rockies completes our exploration of whiskey in tiki cocktails. Enter Denver Brass push pins, which features the Turtles All the Way Down drink with Scotch whiskey. The creator of this concoction is Stuart Jensen, the beverage manager and one of the owners of Brass Tacks. “The inspiration for the cocktail was a classic Trader Vic cocktail called the ‘Tortuga’ (Spanish for Turtle – also the inspiration for the cocktail name which is a nod to the original Trader Vic drink and the name of a Sturgill Simpson song that is frequently in my musical rotation) ” shared Jensen.

“There are a few different rums, mild vermouth and crème de cacao. We really wanted to accentuate the rich sherry cask flavors of the Macallan 12 and Brugal 1888 – cocoa, coffee, toffee, and ripe fruit – while adding complementary tropical flavors. I think the cocktail is successful because it really highlights and strengthens the base spirits. 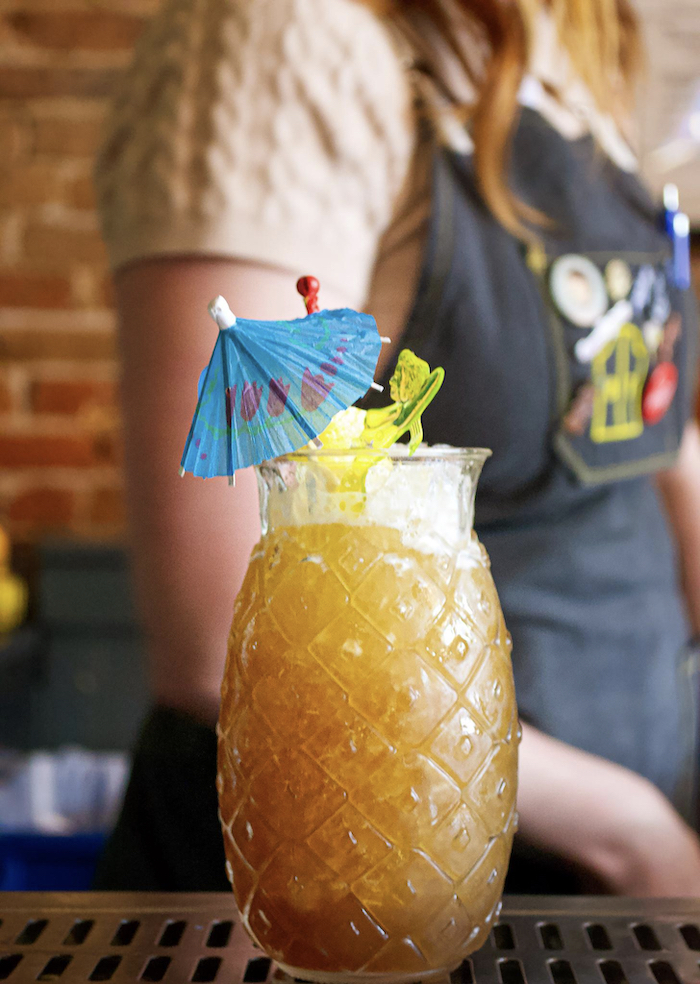 Turtles all the way down

While these three cocktails are each amazing on their own, this is just the start in terms of tiki innovation with whiskey / whiskey. The future is bright for creative mixologists who can think outside the box and embrace the flavorful styles of whiskey as the base spirit for tiki drinks.

Buy the Johnnie Walker Blue Label at the ReserveBar!

Editor’s Note: This kit was provided to us as a review sample by Liquor Lab. This in no case, by our editorial policies, influenced the final result of this review. It’s not a secret. I enjoy a good cocktail. They are fun to make, fun to drink, and even more fun to dissect. For people […]

LiveWire Drinks recently announced the launch of its first bottled cocktail with famous bar industry icon Chris Patino, the Alley Cat Old Fashioned. The drink is made with two-year-old straight rye whiskey and apple brandy from Ventura Spirits, balanced with Bittercube cherry bark vanilla bitters. “There are few drinks in life better than a good […]

Colorado doesn’t say how much of each type of spirits sells for, but ask around and people are saying right now it’s the whiskey that’s hot. American whiskey alone accounted for $ 3.4 billion in sales in the United States in 2017, which helped generate record exports, prompting the Distilled Spirits Council to proclaim American […]