Generally, I am a big fan of tiki drinks. Like many people, I had never seen tiki drinks except in movies or on television. I had my first real tiki cocktail when I lived in New York, at a little bar called Milk & Honey. If you’ve heard of it, you certainly know that it was one of the most influential bars of the 2000s. Its owner, Sasha Petraske, opened the bar on New Years Eve 1999.

Sasha was at the forefront of the classic cocktail revival, and Milk & Honey has been the inspiration for many of the “speakeasis” that have opened their doors since its opening. This tiny little bar was like stepping back in time, with the velvet curtains, worn floors and Sasha himself dressed in vintage clothes. He was gentle and kind, and happy to share his knowledge with anyone who was willing to listen to him.

There was no menu, so he would ask what types of drinks you generally enjoy and what flavors. He suggested a Queen’s Park Swizzle, and to this day it’s still one of my favorite cocktails. It’s the simplicity and aesthetics that appeal to me every time. If you haven’t had one, I hope you pick one up and indulge in the magic of its layers of color and refreshing flavors.

Since this is a whiskey blog, you might be wondering what is the connection between whiskey and tiki. And, you’re right, there aren’t many whiskey cocktails in the tiki lexicon. The majority of them come from the 1950s and 1960s, especially Eastern Sour and Western Sour. The Easter Sour was a creation of Trader Vic and is essentially a tiki variant of a whiskey sour made with bourbon, orange juice, lemon juice, barley and demerara syrup.

Western Sour comes from Vic’s direct competitor, Stephen Crane’s Kon-Tiki restaurant chain, and contains bourbon, white grapefruit juice, lime juice, falernum, and demerara syrup. They’re two delicious drinks, although I’m a fan of the Eastern Sour flavor profile. I wanted to take the best of both drinks and add a little twist. I ended up with a delicious nutty combo that is perfect for the hot August weather. Hope you enjoy shaking this one, as well as sipping it. 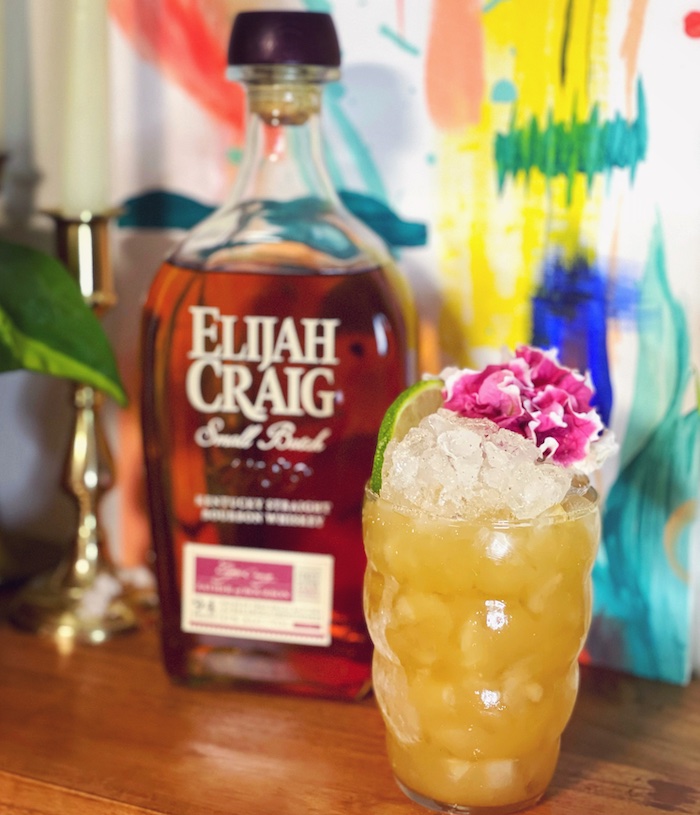 Shake all the ingredients with ice and strain into a cocktail glass over crushed ice. Garnish with a lime wedge, edible flower and grated nutmeg. A slice of orange or another citrus fruit will also do the trick, just make it pretty!

Get the Glenlivet 18 at the ReserveBar. Buy now!

It’s been a minute since we’ve had a Scottish cocktail around here, and Monkey Shoulder is one of my favorites to mix with. Monkey Shoulder is a fantastic blended malt whiskey, composed mainly of single malts from Balvenie, Kininvie and Glenfiddich. It’s a bartender favorite for a reason, it’s affordable, it’s reasonably priced, and it’s […]